Understanding and acting on scientific evidence underpins all aspects of my work. Often this challenges strongly held beliefs and personal or financial interests of some groups in our society.

This has left me open to attack over the years, including deliberate campaigns of misinformation and attempts to destroy my professional credibility and career. 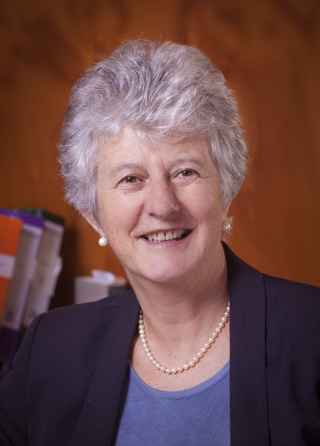 My work involves a number of roles:

Misinformation about my personal life relating to the Centrepoint Community has provided ammunition for those wishing to attack me professionally. This community was started by my father-in-law Bert Potter (now deceased) in 1978, while I was working overseas.

Based on the principles of the human potential movement, it promoted increased intimacy and free love. It was believed that children should be given positive messages about sex. Adult contacts were not hidden from children. Children and adolescents were not discouraged when they demonstrated an interest in sexual activities including sexual contact with adults.

Subsequent trials for sexual abuse leading to convictions of Bert, my husband John and five other members of the community related to events in the late 1970s and early 1980s. John left the community in 1985 and I met him a year later.

From 1988 to 1991 we lived in a mobile home on Centrepoint land about 1 km from the community while co-parenting his young sons. I was the doctor for the community from 1989 until 1992.

Controversial areas of work that threaten vested interests and ideologies

Recovered (repressed) memories of sexual abuse – disseminating evidence that these may be false has led to claims that I am in denial of true sexual abuse, especially by counsellors whose income depended on recovered memory therapy. In no way do I deny the reality of true sexual abuse and the damage it may cause.

Sexual abuse medical aspects eg: can tampons tear the hymen and what is an intact hymen? These are evidence-based reviews of the literature.

False allegations of sexual abuse. My work for the defence as a forensic physician has led to me being accused of being an ‘apologist for paedophiles’ and supporting rapists. This is of course not true. I have always acknowledged that sexual assault occurs and have never condoned it. I have no desire for guilty people to escape punishment.

Children may get gonorrhoea non-sexually. I believed all gonorrhoea in children was caused by sexual abuse until I found evidence that it may also be transmitted in other ways.

Domestic violence involves both men and women. This work threatens groups operating on the premise that all men are aggressors and all women victims. I in no way deny that domestic violence occurs, and do not condone it.

Screening for domestic violence. My work challenges guidelines promoting screening all women for partner abuse on the basis that they do not meet established screening criteria.

Work for Accident Compensation Corporation (ACC). Most of this is about physical injuries. Colleagues and I conducted a single study in 2005 that looked at ACC-funded treatment for sexual abuse. In 2010 NZ psychotherapists and counsellors wrongly assumed I was responsible for new clinical pathways which required a diagnosis of mental injury to be made before ACC would pay for counselling. This led to many therapists’ incomes being greatly reduced. A smear campaign was conducted in the media and on line claiming that my work for ACC was tainted by my ‘ideological standpoint’.

Abortion certifying consultant and researcher. This is challenging to the anti-abortion ‘right to life’ movement.

Genetically modified food benefits and harms. This work was unpopular with those against genetic modification.